The PSA centers around a teenage girl, Hailey. The video starts out showing Hailey being wheeled into a hospital. From there, you see the events leading up to that moment.

First, you see Hailey watching a news broadcast about a mysterious virus that is spreading across the country. As the video goes on, she gradually starts to not feel well at home and at school, while occasionally looking at her cell phone. Her mother initially dismisses her symptoms claiming she just isn’t getting enough food and rest.

This all leads to her finally staying home from school. While at home, it appears as though she receives a text and immediately starts panicking. She runs to the bathroom, taking some pills in the bathroom cabinet, and looks emotionally and physically ill. Then, her mother comes home to find her on the bathroom floor and takes her to the hospital, where she is revived.

Here is the original video (viewer discretion is advised):

But, what does this have to do with cyberbullying? Well, you have to visit https://the-epidemic.com/realstory to watch the full-length cyberbullying PSA.

The full video is the same as the original video, but features all of the harassing texts Hailey has been receiving from fellow students. They are bullying her by calling her a slut and saying she doesn’t deserve to live, all over an inappropriate video taken of her.

When it comes to the final bathroom and hospital scene, you finally understand the pain she is being put through as text after text pop-up on the screen. Then it says:

“Some epidemics are hard to see. Cyberbullying has real-life consequences. #ClickWithCompassion”

So, what’s the moral of this video? Cyberbullying is an epidemic that continues to spread. The PSA demonstrates just how much cyberbullying of any kind can hurt someone. The symptoms may not be visible on the outside, but they are still there. Parents, educators, and kids need to do their part to recognize the signs of cyberbullying, stop it in its tracks, and educate others about it.

Monica Lewinsky describes perfectly to TODAY about what the cyberbullying epidemic is:

“The bullying crisis has become a global epidemic. It can be hard to see the signs of when someone’s going through this and then, even worse than all of that is the fact that this behavior, with cyberbullying, even though it takes place online, there are offline consequences, and these consequences can range from bad to grave.”

Do your part to prevent cyberbullying at your local school and remember to #ClickWithCompassion.

I am a mother two who has had her ups and downs raising them. I want to share my words of wisdom with other struggling parents. View all posts by Michelle Whalen 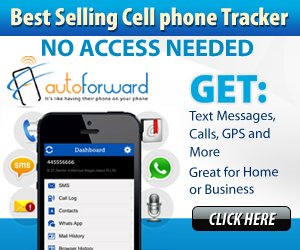